The most awkward moments in travel

Air travel is one of the most amazing things – you can go to the opposite ends of the country in hours or even the other side of the world in less than a day! But for all its wonders, there are some awkward and uncomfortable moments unique to flying and when you think about them it makes you wonder why you even bothered to leave the house at all. I bet you have found yourself in at least one of these cringe worthy situations:

Trying to find a ride to the airport – That awkward moment when you realise you aren't as close with your friends as you thought you were. Yes, it’s a pain because of the traffic and will take up a lot of their day, but don’t they remember the time you helped them move? Obviously not, so rather call Airport Shuttle for a speedy, reliable ride to the airport! 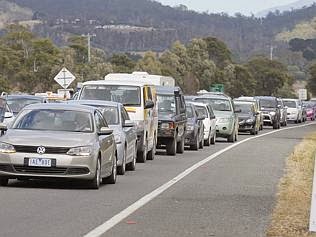 Realising your luggage is overweight – Okay so rather than paying the crazy fee, you try to repack everything to get things under the limit. Meaning everyone in the airport will see your embarrassing Tinkerbell undies and the teddy bear you still carry around with you.

Getting ready to go through the security line – You have to take off almost everything, your shoes, belt, jacket and jewelry. Not to mention you have to awkwardly unpack everything you so carefully squashed into your backpack, and don’t forget your toiletries! Don’t forget walking around the airport barefoot is also pretty embarrassing. 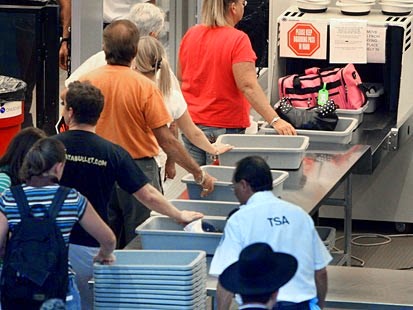 The security pat down – You forgot about the metal clip in your hair, you've set off the alarm and now you have to be moved to the side for special screening. Prepare yourself to be groped a bit in public and then asked rather loudly if you have any piercings that aren't visible (awkward)

Sprinting to catch your flight – No matter how hard you try there’s always that point where you end up running full speed through the airport with your bags flying behind you! You can thank traffic, being taken to the wrong terminal or just plain bad planning; no matter what the reason this is how it all ends.

Going to the bathroom – if you've got a window seat this means you’ll be inconveniencing as many people as possible, if they refuse to move it could end up being a very awkwardly positioned situation that you’ll have to endure every time you go to the bathroom. Add in the fact that you’ll probably have to stand in line with your rear end in the face of the poor folks in the back row.

Having a conversation with people in your row – This can be extremely uncomfortable for many reasons! Obviously your seatmate next to you didn't pick up that the headphones on your ears are a sign that you don’t really want to talk. Or there’s the oversharer who decides to tell you his or her life story in graphic, inappropriate detail and to make it worse you can’t escape through the plane’s window. 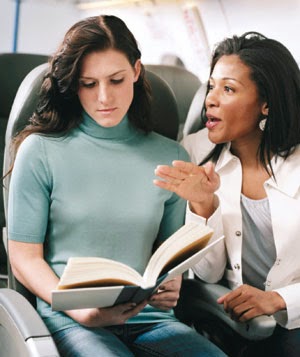 So maybe you've never had to clamber over your seatmate to get to the bathroom, or had an embarrassing talk with the old man next to you on your flight, but chances are if you’re a regular traveler sooner or later you’ll find yourself in one of these uncomfortable, embarrassing situations.

Book in at 808 Cartwright Corner for an affordable, comfy self-catering apartment and don't stress about finding a ride to the airport because Airport Shuttle can provide a fast, reliable shuttle transfer to and from Cape Town International Airport.