Most important travel trends of 2015 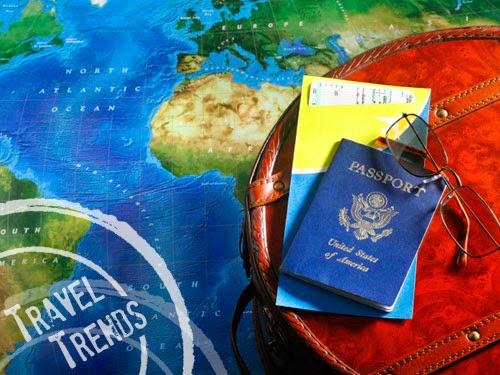 Remember when you actually had to go to an airport check-in counter to get your boarding pass? When calling home from abroad cost an unreasonable fee (hat tip, Skype), or when catching a shuttle service meant waiting for hours on end? (hat tip, Airport Shuttle). So what’s on the horizon for 2015? Take a look at the trends that are changing the way we move through the world.

Your rental will look more like a hotel
Have you heard of Airbnb? Well it’s a sign of things to come. Take the new Drift San Jose in Los Cabos, Mexico; you won’t be able to book through a website, but only through Airbnb! So it’s becoming clear that the line between hotels and rentals is becoming more and more blurred.

Airports will follow your every move
If your phone starts buzzing the next time you’re in an airport, it could be location-specific alerts enabled by nearby “beacons,” low-frequency Bluetooth sensors that can tell you which currency-exchange counters have the best rates, how long it’ll take to reach your gate and other useful tips. The amazing technology is already being used in airports from San Francisco to Amsterdam!

You’ll sleep better on the road
Las Vegas may be the best place to rest up right now! At the MGM Grand in 171 rooms there have been enhancements in lighting and furniture design in order to help you sleep better at night. Here’s what hotels are using to improve your bedtime routine:
- Stay Well Dawn Simulator
- Noise-reducing headboards
- Healthy mattress
- Sleep monitors

You’ll take a new route overseas
The latest way to get to Sydney is via a Qantas A380 from Dallas, the longest flight in the world! It is 8500 miles and almost 16 hours door-to-door. This is one of the many new flights launched by top-notch international carriers that are making extremely long travel more appealing for people. Here are some additions in 2014 and 2015:
- Cathay Pacific: Boston to Hong Kong
- Japan Airlines: Los Angeles to Osaka
- Emirates: Chicago to Dubai; Boston to Dubai

Your phone will become your wallet
Mobile transactions are going to become the new normal! Sync your credit and debit cards with Google Wallet or Apple’s Passbook and you’ll be able to buy things simply by placing your phone in front of a sensor at checkout.

You’ll be tempted by a new class of seats
Singapore Airlines has confirmed that it will introduce this so-called fourth class of seating later this year, Japan Airlines has also completely revamped its version, so it’s easier to see the appeal: friendlier fares paired with business-style perks and amenities, including greater seat pitch, better meals, privacy dividers and airport lounge access. So it’s a sign that premium economy is here to stay.

The changes ahead for 2015 are more than just improvements; this will be a year of expanding horizons.

For a self-catering, affordable apartment contact 808 Cartwright. so you need a fast reliable shuttle service to and from Cape Town International Airport? Contact Airport Shuttle.