Do you know what South Africa smells like? Don’t worry, the new “scent globe” at Heathrow Airport’s terminal 2 in London knows exactly what we smell like, and with the press of a button you  can be transported back to South Africa in a single sniff. 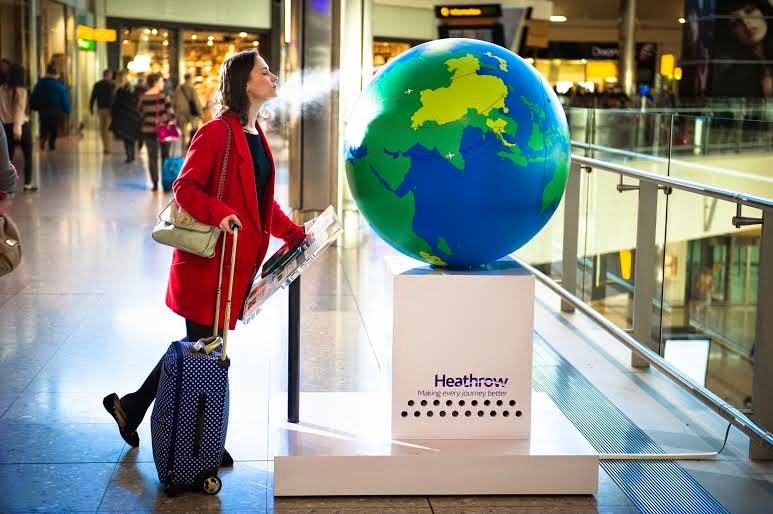 So it’s a globe that shares the smells of the world, the strange thing is the scented world globe describes South Africa as an “the adventure of safari with notes of tribal incense, wild grass and musky animalics through the scent of Hyraceum". What the heck is Hyraceum? I live in South Africa and I've never once smelled Hyraceum, turns out it’s the petrified and rock-like excrement composed of both urine and feces excreted by the Cape Hyrax and it’s used in traditional South African medicine and perfumery.

Okay, so let’s look past the fact that South Africa apparently smells like wild grass and animal feces, when they should’ve at least put the smell of “braai meat on the coals with a hint of cold beer”, because the globe has actually turned out to be very popular.

The scent globe is situated in the departure lounge at Heathrow’s new terminal 2 and its only been open for five months, but it has already seen about 3.5 million passengers. While the idea still seems a bit strange to me, scents are a very powerful part of both experiencing a new place and feeling at home.

Heathrow officials worked with Design in Scent to produce the individual scents and they’re meant to take passengers on a sensory journey before even setting foot on their flights, here are the scents of the countries represented: 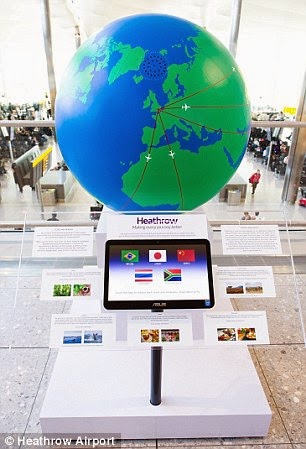 Japan: "is brought to life through cool, oceanic tones with a mix of seaweed and shell extracts, green tea and Ambergris, capturing the essence of small coastal villages so synonymous with the great Pacific Island."
China: "mystical temple incense and subtle Osmanthus Fragrans flower"
Thailand: "an appetizing mix of lemongrass, ginger and coconut."
Brazil: "embraces the scents of its rich rainforest fauna with a palette of coffee, tobacco and jasmine."
And of course we know the South African scent: "the adventure of safari with notes of tribal incense, wild grass and musky animalics through the scent of Hyraceum."

The airport plans to make Heathrow a pleasant place to stop over since they connect more than 72 million passengers to 180 destinations in 28 countries in just a year, the specially created scents will give the passengers travelling through Terminal 2 an exclusive preview of destinations that only Heathrow connects to.