10 things your pilot won’t tell you

Pilots from across the world have come forward to give straight answers about maddening safety rules, inexplicable delays, the air and attitudes up there, and what really happens behind the cockpit door. What they revealed will change the way you fly! 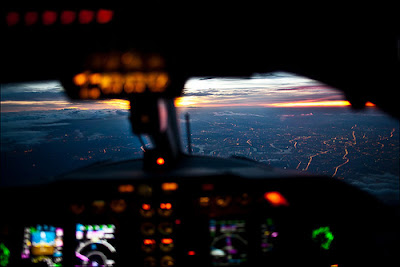 “I’ve been struck by lightning twice”
Most pilots have. Airplanes are built to take it. You hear a big boom and see a big flash and that's it. You're not going to fall out of the sky.

“You may not be getting the airline you paid for”
You may go to an airline website and buy a ticket, pull up to its desk at the curb, and get onto an airplane that has a similar name painted on it, but half the time, you're really on a regional airline. The regionals aren't held to the same safety standards as the majors: Their pilots aren't required to have as much training and experience, and the public doesn't know that.

“If you’re a nervous flier, book a morning flight”
The heating of the ground later causes bumpier air, and it's much more likely to thunderstorm in the afternoon.

“The smoothest place to sit is often over or near the wing”
The bumpiest place to sit is in the back. A plane is like a seesaw. If you're in the middle, you don't move as much. The general flow of air in any airplane is from front to back. So if you're really concerned about breathing the freshest possible air or not getting too hot, sit as close to the front as you can. Planes are generally warmest in the back.  There is no safest place to sit. In one accident, the people in the back are dead; in the next, it's the people up front.

“People don’t understand why they can’t use their cell phones”
Well, what can happen is 12 people will decide to call someone just before landing, and I can get a false reading on my instruments saying that we are higher than we really are.  We don't make you stow your laptop because we're worried about electronic interference. It's about having a projectile on your lap. I don't know about you, but I don't want to get hit in the head by a MacBook going 200 miles per hour. And we're not trying to ruin your fun by making you take off your headphones. We just want you to be able to hear us if there's an emergency.

“It's updrafts, not turbulence, we really worry about.”
A plane flies into a massive updraft, which you can't see on the radar at night, and it's like hitting a giant speed bump at 500 miles an hour. It throws everything up in the air and then down very violently. That's not the same as turbulence, which bounces everyone around for a while.

“There's no such thing as a water landing.”
It's called crashing into the ocean. 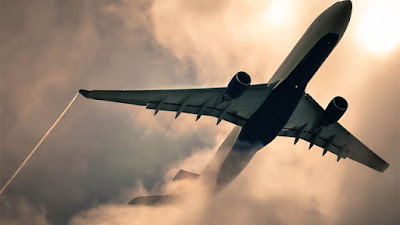 “It's one thing if the pilot puts the seat belt sign on for the passengers …”
But if he tells the flight attendants to sit down, you'd better listen. That means there's some serious turbulence ahead.

“There's a good reason for everything we ask you to do.”
We ask you to put up the window shade so the flight attendants can see outside in an emergency, to assess if one side is better for an evacuation. It also lets light into the cabin if it goes dark and helps passengers get oriented if the plane flips or rolls over.

Visiting Cape Town? Why not get to where you need to be quickly and affordably? Contact Airport Shuttle today and our experienced drivers will transport you to or from Cape Town International Airport.
Posted by Christine