It’s Friday the 13th – But why do superstitions exist?

Don’t cancel your flight just yet, the whole “Friday the 13th brings bad luck” story has been around for centuries. If you’re afraid to fly on the 13th, you’re definitely not alone. In the United States there has been an estimated loss of 900 million dollars on Friday the 13th due to people not flying or carrying out business as they normally would.

But why do some superstitions exist, here are some back stories to common beliefs that have been around for hundreds, sometimes thousands of years… 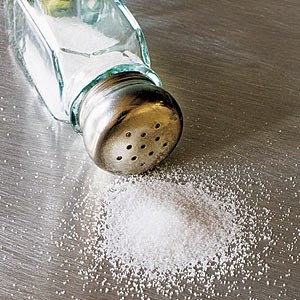 Fun Fact: In Roman times soldiers got a special allowance for salt rations, called salarium (salt money). If a soldier was not well regarded he was considered not worth his salt.

Walking under a leaning ladder brings bad luck – The Egyptians thought triangles to be sacred (it’s obvious by the many pyramids) they considered it to represent the trinity of the Gods and passing through a triangle violated it. As a leaning ladder forms a triangle against the wall, it has long been thought to be bad luck to walk under it.

Fun Fact: In England in the 15th century, criminals were forced to walk under a ladder on their way to the gallows.

A broken mirror brings seven years bad luck – In Ancient Greece people called “mirror seers” would tell an ill persons fortune by dipping a mirror into water and then analyzing the person reflection in the glass. If their image appeared distorted, they were likely to die. If it was clear, they would survive.

Fun Fact: Romans changed the superstition, because they believed people’s health changed in seven year cycles.  A distorted image would result in seven years of bad luck, rather than death.

Hanging a horseshoe on your door brings good luck – Greeks thought the element of iron warded off evil, and believed the crescent moon was a symbol of fertility and good fortune. These beliefs carried all the way to the Middle Ages, when horseshoes were thought to be lucky talismans, specifically against witches. Horseshoes have been hung on door and walls ever since.

Fun Fact: Nobel Prize winner Niels Bohr had a horseshoe over his desk. When asked whether he believed in the superstition, he replied that he didn’t, but that “a horseshoe will bring good luck whether you believe in it or not.”

Friday the 13th brings bad luck – The fear of the number 13 and the fear of Friday have existed since ancient times. When you combine them it results in a superstition that is now deeply ingrained in a lot of us. Friday is named for Frigg, the Norse goddess of love. Church leaders distrusted pagan mythology and saw Frigg as a threat and labelled her as a witch. In Norse mythology, beloved hero Balder was killed at a banquet by Loki; the unwelcome 13th guest at a party of 12.

Fun Fact: The Ancient Egyptians believed life was a series of 12 stages, unfolding in the 13th and last, a joyous rising to an eternal afterlife. A bad event on Friday the 13th could be seen as bad luck, but then again a bad event can happen any day of the year.

So what do you think? Do you throw salt over your left shoulder? Are you terrified when you break a mirror? Don’t let superstitions get the better of you, go on, walk under that ladder and book that flight. Chances are you will be just fine!

Need a shuttle service to and from Cape Town International Airport? Contact Airport Shuttle today for a quick, reliable ride. Book in an 808 Cartwright, the luxurious self-catering apartment and enjoy the comfort and amazing views.