The truth is that before you get through the security gates, you are officially considered a “bad person”! It is your job to prove to them that you are in fact a good person according to The Book of Airplane Law. Here are some things to try and convince security that you’re probably okay… 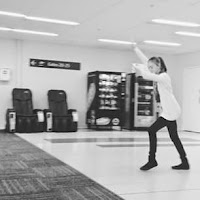 - Don’t do cartwheels
Taking a flight can be extremely exciting, but that by no means makes it acceptable to try and do a cartwheel in delight! It’s very hard to access a potential threat if they keep spinning upside down.

- Don’t push into the queue
Yes, down at the bar it’s acceptable to push that old guy out the way and try to get served first. However, if you’re late for your flight: tough! Shoving ahead of people can draw attention to yourself and security will probably target you first.

- Don’t react if you see a bee
Okay, so a bee starts hovering around your face, and it doesn't seem to be interested in attacking anyone else but you. That doesn't mean that is a good idea to make sudden movements around security because you might get tasered instead of stung!

- Don’t mimic the security guards
We naturally tend to mirror each other, but you should probably avoid doing this around security guards, because it may seem like you are making fun of them. An overworked guard really won’t appreciate you trying to copy their frowning expression. 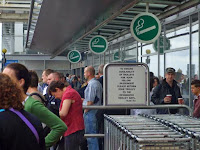 - Don’t smoke
Smoking might be your favourite thing to do in the whole world, but guess what, security guards aren't allowed to smoke at all when they’re on duty. You don’t want a crazy jealous security guard to see you puffing away. 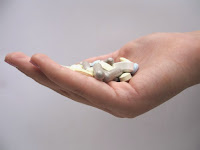 - Don’t be medicated
It’s tempting to want to self-medicate before you get on your flight, but you may get into trouble due to the fact that you can’t take your shoes off without bursting into laughter. 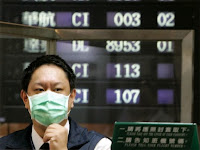 - Don’t skip a shower
You see the airport security guards? They don’t really appreciate it when you walk through the security scanner and set it off because you smell so bad (that won’t really happen). To avoid this, simply take a shower before your flight and wear a decent pair of clean clothes!

- Don’t take off your pants
You may want to show off your bronzed and athlete legs, but nobody at security wants to see them! The only item of clothing you need to take of when you pass is your belt. If you pants can’t stay up without a belt, it is recommended that you hold them up with your hands.

- Don’t ask too many questions
Simple: it’s annoying and unnecessary. Don’t ask pointless questions that don’t need to be asked in the first place. Keep quiet.

- Don’t sneeze
This one is more of a warning for all those loud, crazy sneezers out there. If your sneezes sound like you’re screaming bloody murder, then try and keep them under control until you’re passed security. Think about it – what would security think when they see you shouting in the airport.

- Don’t sing or hum
If you like singing, keep it for when you are at home. The security guards won’t enjoy your voice no matter how beautiful it is. Plus do you really want to draw attention to yourself as the weird singing lady? No, because that may end up getting you a random search.

- Don’t behave like a normal human being
Don’t breathe, don’t eat, don’t fall asleep, don’t move, don’t fall in love, don’t touch anything, just don’t! It will all be over soon enough and you can leave airport security behind you and get on with your normal life.

Airport security is a nuisance that travelers just have to accept. If you want to fly around the world safely, you’re just going to have to put up with it. The best thing you can do is get through security as quickly and painlessly as possible.

Contact 808 Cartwright for an affordable, luxurious self-catering apartment with amazing views of the Mother City. Need a shuttle service to and from Cape Town International Airport? Contact Airport Shuttle today!