South Africa has once again shown that is one of the top travel destinations in the world. Three local hotels, one city and a safari tour operator all feature in the Travel + Leisure’s World Best Awards 2015. 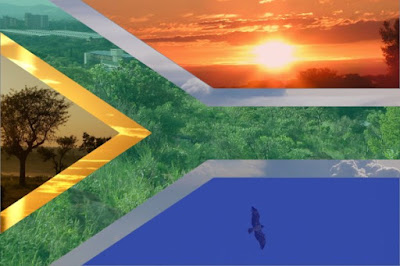 The international travel magazine hosts and annual survey, asking its readers to vote in different categories, including “Best Cities”, “Best Hotels”, “Best Airports”, “Best Spas”, and so much more.
Here is a list of South Africa’s achievements in the survey…

A regular on the top travel lists, Cape Town once again cracked the nod among Travel + Leisure readers, ranking in the ninth position on the Best Cities list. It followed Barcelona in 8th position and just beat Jerusalem, which came in at number 10. Japan’s Kyoto was named the top city in the world.

Singita Sabi Sand
Coming in at 7th position of Best Hotels, Singita Sabi Sand, which is across from Kruger National Park, made it into the Travel + Leisure Hall of Fame, as it has featured on the list for 10 years in a row! Readers gave the luxurious safari lodge a 96.47 rating, highlighting romance and eco-friendliness as its biggest success, as well as the fact that is an all-inclusive and off the beaten path.

The Saxon Spa and Villas
This beautiful Johannesburg hotel took the 25th position on the list with a ranking of 94.75. great design, amazing views, mouth-watering food and drink plus it is popular with the locals – these are some of the things highlighted as its distinguishing features.

Singita Kruger National Park
The lavish concession lodge was listed in 59th position, with special mention being made of its kids’ safaris and tracking tutorials.

andBeyond Luxury Safaris, which is based in Joburg, was voted the 5th best safari tour operator in the world. The company owns 46 lodges and camps across Africa and India; however Travel + Leisure picked the Bush Skills Academy at Phinda Private Game Reserve as their favourite among the lot.
Posted by Christine