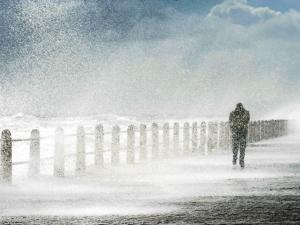 Everybody loves summer; you can strip off the layers and spend time on the beach. For me, I love winter, because I find it easier to get warm than to cool down. There is nothing better than to cuddle up to a fire with some hot chocolate, a blanket and a loved one. How about snuggling up with you boyfriend on the couch with some movies and pizza. Well if that doesn’t convince you, how about this...


Holidays in Cape Town are much cheaper

South Africa has a low and high tourist season just like most destinations around the world. That might be as obvious as stripes on a zebra, but a shocking fact is not many people know that. Accordingly all the Restaurants, accommodation and tour providers drop their prices significantly between May and September (low season) in Cape Town. This means that even in the magical wintery weather, the Mother City is still a hotspot.

Every June, a number of magnificent whale species migrate to the coast of the seaside town of Hermanus to breed. This charming little town is just an hour out of Cape Town and it is widely regarded as the best land-based whale-watching location in the world. Travellers can look on awestruck as pods thrash, breach and seemingly conduct their very own underwater symphonies in the ocean spray. If you aren’t able to make it in June, don’t fret because some of the whales, depending on species, stay in the area for a number of months.

· Southern Right whale
This whale is distinguished by callosities (calluses) on its head, a broad back without a dorsal fin and a long, arching mouth that begins above the eye. These mammals often swim close to the shore, a fact that makes them rather easy to spot. 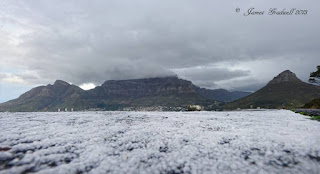 · Humpback whale
The humpback has a distinctive body shape, with long pectoral fins and a knobby head. Curious about their environment, they will approach whale-watching boats closely, often sunbathing near the boat for a while. They pass through Hermanus on their way to a scuba diving holiday in St Lucia.
Best time to spot them: May – December.

· Bryde’s whale
Bryde’s whales are named after the Norwegian consul to South Africa, Johan Bryde, who helped set up the first whaling station in Durban. They are medium-sized and dark grey in colour with a white underbelly.
Best time to spot them: all year round.

The Great White Shark capital of the world is located a mere 2 hour drive outside of Cape Town in Gansbaai. There is no time like the present to face your fears and go visit the friendly and misunderstood creatures. Between the months of May and September, shark activity is particularly higher. An estimated 60 000 Cape Fur seals, the preferred food of the ferocious fish, make the narrow strip of water known as Shark Alley their breeding home base. For an adrenaline rush like no other, I suggest a face-to-face encounter from behind a submerged, reinforced steel cage.

The Weather’s perfect for hiking and exploring

In 2012 Table Mountain was inaugurated as one of the 7 Wonders of The Nature World. While on most brochures prefect a sun kissed image of the majestic mass, a soft winter sun also casts the hulking summit in a favourable light. In the cooler seasons it is ideal to hike in the mornings or afternoons as the temperature is perfect for hiking. If you don’t believe me, try it for youself. 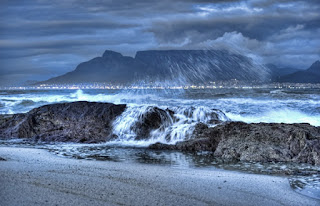 The waves are best in winter

The Mother City boasts many surf spots along the shoreline, from coves with small and manageable swells to sprawling beaches flaunting gigantic waves. The usually icy Cape Peninsula water temperature rises during the months on June, July and August rendering winter in Cape Town perfect for surfers. The storms during the colder seasons make for bigger swells

I know that viewing flowers is not on your top 10 ‘to-do’s’ in Cape Town. But there is something so special about the display along South Africa’s West Coast between July and September. While Namaqualand is probably the most famous location to view the hundreds of kilometres of flowers, the Mother City also likes to show off. Just an hour out of Cape Town at the West Coast National Park, you can see one of the most breath taking display’s of flowers.

Help those in need during chilly months

It is no secret that South Africa continues to struggle with social and environmental issues. For those less fortunate the rain, wind and snow exacerbate the already dire situations they find themselves in. So, if you are feeling particularly philanthropic around the same time that the travel bug bites. Why not chose the Mother City as your destination and give back while you are here.

For a quick and friendly airport shuttle service to or from Cape Town International Airport, contact Airport Shuttle Cape Town.
Posted by Christine